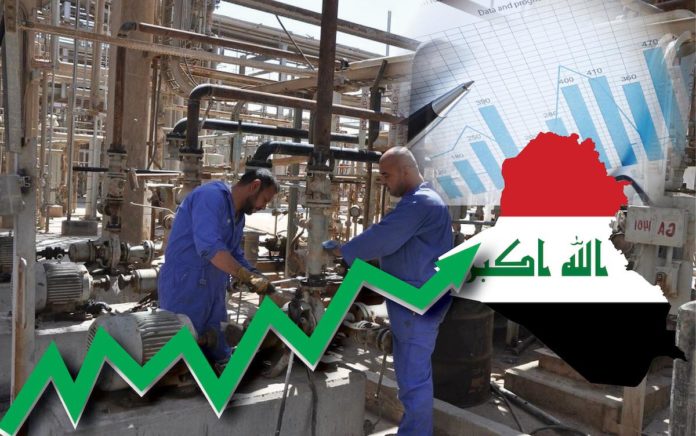 Among the most important questions awaiting the next Iraqi government will be how to rein in public sector spending while simultaneously addressing the needs of 2.5 million unemployed Iraqis who urgently require jobs. With the national unemployment rate currently at 16percent[1], there is consensus within policymaking circles that job creation needs to focus on the private sector rather than continuing to increase public employment. But short of securing major foreign investment in the country, tackling high levels of youth unemployment – estimated at 36% – without further expanding the public sector wage bill will be extremely difficult in the near term.

One approach is to look at where major downsizing in unproductive state entities can quickly occur, to reduce inflated operating costs caused by overstaffing in order to create space for job creation in productive sectors.

Among the biggest black holes within Iraqi public sector spending are the state-owned enterprises (SOE). Because they are considered self-financing entities, they are not incorporated into the annual federal budget, despite the fact that they are largely unprofitable and depend on soft loans from state-owned banks and special grants from the government budget in order to cover essential spending including salaries.

Official data from 2015suggests that there is a total of 176 SOEs nationwide, although several have merged in recent years. As of 2013, only 44 SOEs were profitable and this number has likely fallen since the collapse of oil prices in 2014.[2]One of the major problems with lack of transparency is that publicly available employment numbers for the SOEs are scarce. This is in contrast to the line ministries and other state entities, whose employment figures are published on an annual basis within the federal budget. Data from 2010 suggests that there were 633,000 SOE employees (including contractors and daily wage earners) and this has likely increased since then.[3]

A closer look at the SOEs owned by the Ministry of Defence is illustrative of the broader problem. Out of the 6 companies, only one, known as Hamurabi, has any degree of productive capacity – manufacturing small arms such as hand pistols. All 6 companies are unprofitable, lack basic infrastructure, and are wholly unfit to compete in a modern market. Despite the fact that over $800 million has been spent on salaries and wages for over 20,000 employees since 2003, the rationale for maintaining these failing SOEs is quite simple: they serve a public good through employment generation, and any previous attempts to downsize or liquidate the entities have been perceived as politically risky.

But a 2015 government strategy formulated by the Prime Minister’s Advisory Committee (PMAC) reiterates the need for a major overhaul that downsizes SOEs, transfers employees to their corresponding line ministries, establishes training centers to build capacity, and liquidates the unsalvageable SOEs. The report also identifies some 181,000 employees over the age of 50 and with at least 15 years of service that could be offered early retirement, thereby cutting the workforce by over one quarter.

Clauses within Law 22 can be invoked to immediately liquidate SOEs that have no potential for growth. This would consist of at least 20 SOEs including 5 of those owned by the Ministry of Defence. Furthermore, it is possible to reclassify non-commercial SOEs so that they can be integrated into the public wage bill, ensuring greater transparency in budgetary spending.

Addressing transparency issues is a good place to start for any reform initiative. A number of good governance practices can be adopted, in line with SOE Good Governance Charter that was adopted by cabinet in 2017. This includes publishing aggregate reports on financial performance; conducting annual third party independent audits; and enhancing financial accountability by declaring financial assistance from the state. An up-to-date breakdown of employment numbers within each SOE should also be reported as part of a comprehensive information system that also monitors and records off-budget financing from state-owned banks.

Prioritising the reform of state-owned enterprises has an added benefit beyond reducing public sector spending. SOEs are notorious for creating monopolies and crowding out private enterprise. By addressing overstaffing issues, many of these companies can be transformed into attractive investment opportunities through public-private partnerships, thereby stimulating private sector growth. Naturally, any attempt to adopt these reform measures will be faced by popular opposition from vested interests, so the next government will need to ensure that it can convincingly communicate its approach to the general public and illustrate how it will ultimately lead to enhanced job prospects over the long term.