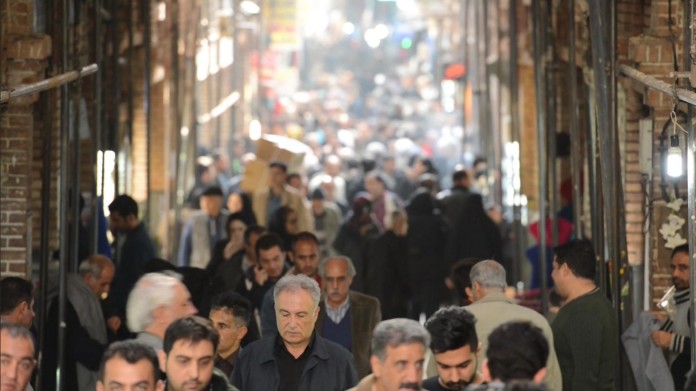 The efforts by US President Donald Trump’s Administration to limit Tehran’s ability to build a military arsenal in the region may have wider implications for the restoration of regional economic dynamics. Iran is the second largest economy in the Middle East after Saudi Arabia. It also has the second largest population of the region after Egypt. Last year, its gross domestic product (GDP) was worth $400 billion. The Iranian stock market, with a daily turnover of $100 million, is one of the five largest emerging markets in the Gulf, worth a total of $95 billion.[1]

International sanctions in recent years have tested the ingenuity of Iranians, who have been forced to find ways and means to develop non-oil (and its derivatives) economic sectors. Once Iran has recovered from the sanctions, it will start increasing its oil exports, thereby earning itself tens of billions of dollars. It will need to rely on foreign enterprises to strengthen the country’s economy; thereby providing huge opportunities for Gulf investors. The question is: Will sound commercial sense prevail over regional geopolitics?

The news of Iran’s return to the global financial and oil markets has been the subject of a series of criticisms and controversies, pointing to the fact that some of its neighbours are uncomfortable with this turn of events. Notwithstanding, economists and investors from countries around the world have proclaimed their support, especially European countries, who have reacted positively to the possibility of reviving Iran’s economy, which has been isolated for almost three decades. “For those have been following closely the lifting of sanctions on Iran for over a year now, the opening up of Iran will be one of the most interesting and positive developments in emerging markets assets for a number of years.”[2]

Manufacturing, transport, trade and tourism are among the largest non-oil sectors in Iran, accounting for 70% of real GDP, and represent an important source of non-oil growth in the country. However, the constraints placed on the Iranian government in its dealings with international banks; the rise in inflation, and an increase in the unemployment rate – estimated by the World Bank at 20% – were chief among the reasons which compelled Iran to seek the easing of sanctions.

Qatar has perhaps been the biggest beneficiary from the nuclear deal, which is not surprising considering bilateral relations had already existed for a long time. Co-operation between the two countries is also much greater following Qatar’s dispute with the “Gulf Club.” Iran’s non-oil exports to Qatar reached $145 million last year, an increase of 148% [3]. At the same time, there has been an increase in spending on infrastructure and development projects across the Middle East and the Gulf region, which has allowed Iran to focus on cement and steel production, which can also be channelled through the Gulf states such as the UAE and Kuwait.

If we look at the historical trade links between Iran and the United Arab Emirates and Kuwait, we will find that they go back a long time, especially with the southern region of Iran, due to its geographical proximity to the GCC countries. The region enjoys the advantage of lower transportation costs, which in turn provides capital savings. Moreover, Iran has more than 100 years of production experience in the region.

Tehran has long been concerned about its natural resources being depleted by neighbouring, energy-producing countries such as Iraq and Qatar – according to the Iranians – and moreover, some Iranian oil and gas fields share common borders. In reality, Iran needs foreign investors to develop the offshore hydrocarbon industry and re-equip the oil sector; therefore, it has not effectively benefited from these shared resources. Iran leads the world in terms of fossil energy reserves, and the opening up of Iran’s markets is expected to yield profitable returns for its economy.

In addition, there is another attractive and relatively untapped sector in Iran, namely mining. Iranian mining, of mainly zinc and copper, is huge. There has been very little foreign investment or involvement over the last decade. The state controls 90% of this sector, which is working hard to set priorities and to attract more companies and encourage investment. However, there are still many obstacles in the way of attracting foreign investment and employment in this sector. Last year, foreign direct investment in Iran was insufficient, compared with the GCC countries.

Internet and the e-commerce sector in Iran

Local online retailers such as Digikala E-Commerce, which has a large slice of the Iranian market of nearly 85%, have finally secured international funding. Although Iran is excluded from the international payments system, nevertheless, Iran’s infrastructure and digital payment systems are well advanced. The payment system, called the “Shetab-Interbank Network”, a technically advanced and secure system, is accessible to a large number of people. The majority of purchases are paid online, but – as a way of boosting confidence – there are some e-commerce sites who still provide the option of paying cash on delivery.

The return of Iran to the global economic arena may be a source of unease for some countries in the region, and geopolitical tensions will undoubtedly prevent the growth of economic and trade relations between Iran and some of the Gulf Cooperation Council countries. Nevertheless, geopolitical factors in the region dictate that the Gulf States and Iran must develop the means to manage their future economic and political relations. In so far as the Gulf states maintain ties with Iran – as with the rest of the world – they must be based on the principles of international law, especially those relating to non-interference in the internal affairs of other states; and in so far as they require reliance on the art of international politics, which rejects war and violence, it may be more advantageous for this future political re-structuring to rely on prevailing circumstances.

[1] Thoughts from a Renaissance Man: Iran – the next 10 years – https://enterprise.press/wp-content/uploads/2017/07/RenMan-CE3_labour_MENA_jobs2.pdf