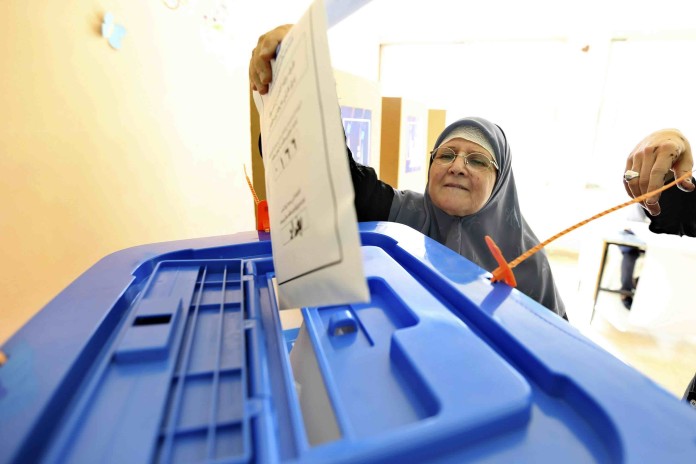 Despite some individual calls for boycotting the upcoming election on May 12, 2018, there are several institutional, political, and socio-economic factors that will motivate Iraqi voters to participate at an acceptable level. Election turnout has been taking a decreasing trend in Iraq, as appears in Chart I, therefore, it is worth asking: Is it a problem?

There are several positive indicators about the likelihood of having a level of turnout close to previous elections. First, the number of voters who updated their biometric data and received their electronic card, which reached 50% on average on 20 February 2018 as appears in Chart III. Second, the IHEC will allow voters who did not update their biometric data to participate by using their old cards (the one used in 2014 parliamentary elections). Third, the process of updating biometric data is ongoing, which means that the numbers will probably rise. Fourth, certain measures have been taken to ensure the participation of IDPs, who are estimated to be 400,000. On the other hand, there are several characteristics that Iraq enjoys and found by scholars to increase voter turnout significantly.[3] First, the proportional system, as more parties run for election and have an incentive to campaign everywhere. Second, the competitiveness of elections is high, as the gap among electoral contestants is narrow. Therefore, they are more likely to invest great efforts in mobilizing their bases in order to secure a sizable share of seats.  Third, the polarization of political elites and their popular bases around several issues, such as the politicization of the PMU, the nature of Baghdad – KRG issue, and the response to regional rivalry between Saudi Arabia and Iran. Fourth, the rising optimism that Iraq is eventually on the right track, especially after the defeat of Daesh and the modest rise in oil prices. Fifth, the fact that the Iraqi elections are fair and free with multiple prominent international organizations supporting and monitoring its proceedings, such as UNAMI.

Still, fears of a low turnout seems legitimate in terms of having lower turnout in certain districts than previous elections, especially in northern Iraq, as voters are dissatisfied with local governance. However, literature found that low turnout is not a problem in contrast to the conventional belief that it is serious threat to democracy. Studies found that the differences between voters and non-voters are rather limited in terms of policy preferences and ideological alignments. Furthermore, low turnout does not underrepresent or over-represent certain groups with a great margin. But, studies found that incumbency advantage might increase in low turnout elections because those who approve of the government go to the polls more often than those who disapprove.[4]

To sum up, there are several institutional, political, and socio-economic factors that will help maintain an acceptable level of turnout. This does not rule out the possibility that it might be a little lower than previous elections in Iraq. However, the literature found that low turnout does not dramatically affect elections in terms of representation and accountability as the differences in policy preferences among voters and non-voters are limited.