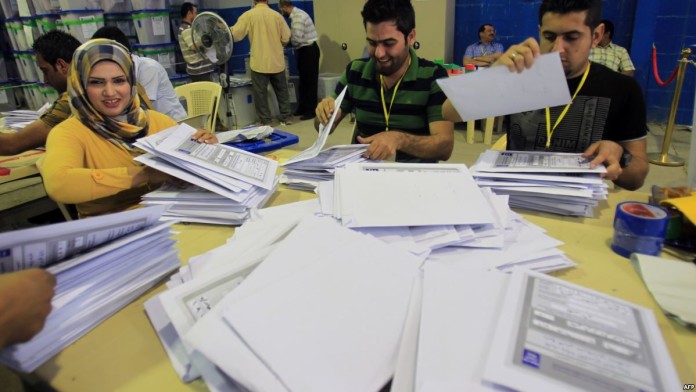 The electoral system of provincial councils is based on proportional system, which enables many parties to win seats in proportion to their vote share, leading to politically unstable councils. Furthermore, each province is one electoral district, which weakens the dimension of accountability. These two aspects inhibit the ability of provincial councils to execute their constitutional functions. A first-past-the-post (FPTP) system could offer an alternative given that it reduces the number of winning parties thereby minimizing political wrangling; and it is also based on single-member districts, which strengthens accountability.

As stipulated in Article 122(2) of the Iraqi Constitution, provincial councils have been granted “broad administrative and financial authorities to enable them to manage their affairs in accordance with the principle of administrative decentralization”. Although decentralization has not been fully implemented, provincial councils still play an important role, especially in terms of service delivery, nominating senior officials within their provinces, and budget execution.

Political wrangling within provincial councils inhibit their ability to effectively deliver services and execute other constitutionally-mandated functions. This is exemplified by low budget execution rates, as shown in Chart I. A quick glance reveals that in most provinces, the budget execution rate in 2010 (the year following provincial elections of 2009) was less than in 2011. This can be explained by the fact that many of these provincial councils featured large number of winning parties that were subsequently embroiled in lengthy negotiations to form governing coalitions in order to select the governor. Baghdad seems to be an outlier, given its high performance in 2010. This could be attributed to the fact that the State of Law Coalition won a large proportion of seats (28 out of 55 seats), enabling them to secure both the governorship and the head of provincial council.

On the other hand, provincial councils suffer from weak accountability, which is exemplified by the low levels of personal asset disclosures, as shown in Chart II.

Chart II. Disclosure of financial assets by provincial council members in first half 2017[2]

Many of these problems are symptomatic of an electoral system where proportional representation is adopted, given its propensity to encourage political wrangling and weak accountability. A majoritarian system, specifically a first-past-the-post (FPTP) system could offer a better alternative given its characteristic of featuring a small number of winning parties, ensuring better political stability and accountability, which in turn enhance service delivery. The FPTP is the simplest form of a majoritarian system, where a winning candidate is the one that gains a plurality of votes (without requiring an absolute majority). The system uses single-member districts and the voters vote for candidates rather than political parties.[3]

Critics might argue that FPTP has the disadvantage of favoring larger parties and does not give fair presentation to all ethno-sectarian groups. However, representation is ensured at the national level (Iraqi Council of Representation). Also, most minorities in Iraq are demographically concentrated, so they could have their area as one or several single-member districts. Furthermore, it is important to mitigate the influence of political instability over provincial councils in order to facilitate service delivery, which enhances public confidence, improves government legitimacy, and stabilizes state-society relations.

Municipality elections in Lebanon are based on a majoritarian system as stipulated in law 665 of 1997, despite having an open-list proportional system at the national level. However, service delivery in Lebanon is notoriously poor, hence the angry demonstrations that erupted over lack of basic services including garbage collection in 2015. This could be attributed to the fact that each municipality is one electoral district. This weakens the relationship between candidates and the electorate, motivating candidates to appeal to only a sub-group without the need to accommodate all the needs of his/her constituency. The large electoral district also increases the  candidate’s vulnerability to illegal funding in order to cover a very expensive campaign. All these factors weaken the aspect of accountability. These problems are addressed with the FPTP system because it divides each province into several single-member districts.

FPTP has the problem of gerrymandering.[4] However, Iraq does not have a clear partisan map, so it could be exploited by incumbent parties to draw districts for their partisan advantage. Also, Iraq’s electoral commission has already distributed voting stations based on geographic proximity and number of eligible voters. For example, there were 20,091,396 eligible voters, 40,551 electoral stations, and 447 seats in the 2013 provincial council elections, so if the upcoming elections will rely on the same numbers, there should be 447 single-member districts, each based on 90 voting stations that represent about 45,000 voters. However, districting should be the purview of an independent commission rather than Iraqi lawmakers, who might have vested interests.

In conclusion, adopting the FPTP majoritarian system for the provincial council election would enhance service delivery by both having politically stable councils and establish geographic accountability, where the electoral success of candidates relies on their responsiveness to the demands of their constituents, thus promoting strong links between constituents and their representatives.

[4]. Gerrymandering is defined as the act of drawing districts by as incumbent parties or candidates for their own partisan advantage. It first entered the American vernacular in 1812 when Massachusetts Governor Elbridge Gerry signed a redistricting bill into law that benefitted his party over the Federalist party, who held a majority among voters. For further information read Fred Dews, “A primer on gerrymandering and political polarization,” Brookings Institute, July 6, 2017, https://goo.gl/Yz6mZe.