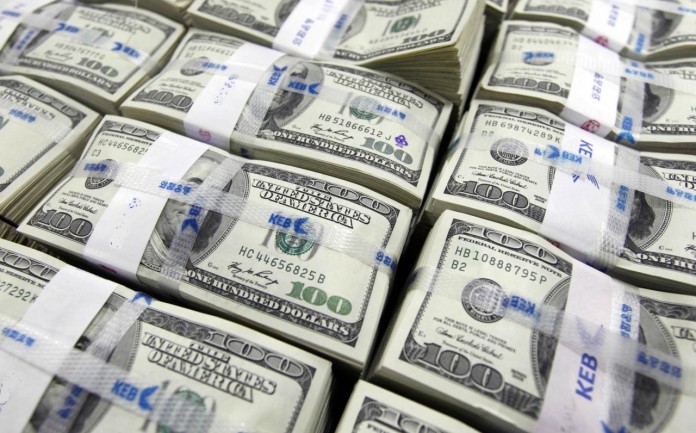 Iraq marked an important milestone last week after it wrapped up its first independent bond sale worth US$1 billion. Iraqi government officials and advisors completed a weeklong roadshow that included stops in London, Boston and New York. Citi, Deutsche Bank, JPMorgan and the Trade Bank of Iraq were the joint lead managers for the offering, which was initially set at 7 percent, but oversubscribed investor interest for the debt, which matures in 2023, brought down the yield to 6.75 percent.

This is Iraq’s third international debt issuance after the 2003 war.  In January this year, Iraq issued a US$1bn bond at 2.149 percent but it was fully guaranteed by the United States government. Prior to this, Iraq’s only other standalone offering was in 2006 for a bond worth US$2.8 billion that matures in 2028 and currently stands at 6.66 percent.

The high demand for last week’s offering, which was oversubscribed by a factor of 7, reflects growing interest in debt offerings from emerging markets including Ukraine, which issued a similar bond at a yield of 7.1 percent.

Investors may have been encouraged by enhanced efforts to overcome the fiscal shortfall caused by the drop in oil prices and the recent military advances against ISIS in Iraq including the liberation of Mosul in early July. Figures released by the United Nations indicate that violence in Iraq last month fell to its lowest point this year. According to data collected by the UN mission in Iraq, civilian casualties fell to their lowest rate since November 2009. On the economic front, the International Monetary Fund last week determined that Iraq was eligible for an additional US$825 million in IMF loans after completing its second assessment of a 3-year Stand-By Arrangement as part of a US$5.4 billion bailout package signed in July 2016. The agreement commits Iraq to restoring fiscal balance and improving public financial management.  To date, the IMF has disbursed just over US$ 2.1 billion.

In March this year, Fitch Ratings revised its outlook for Iraq from negative to stable while maintaining the headline score at B-.  The assessment reflects Iraq’s enhanced fiscal position as the government continues to narrow the budget deficit, which fell from 12.3% of GDP in 2015 to 8.1% of GDP in 2016. Iraq also looks set to reach its 5 million b/d oil production target by the end of this year as revenue from oil exports continues to steadily rise. Figures from July show that the federal government exported 3.23 million b/d and collected nearly $4.4 billion from oil sales. With further spending cuts and greater access to international financing, it is forecasted that the deficit will narrow to 5.1% of GDP in 2017. According to the bond prospectus distributed to investors last week, the existing budget deficit for 2017 stands at US$21.44 billion. Iraq’s supplementary budget for 2017 aims to raise some US19.7 billion through domestic and international borrowing.

But there is much more work to be done. In a statement issued last week, the IMF noted that the Iraqi government would need to step up its reform efforts including “[m]easures to prevent money-laundering, counter the financing of terrorism, and strengthen the anti-corruption legislation.” Restructuring state-owned banks also needs to be a key priority for the government.

Fundamentally, fiscal stability rests not only in Iraq’s ability to cut wasteful spending, but also through increasing non-oil revenue, even as oil prices rise modestly. Ministry of Finance data suggests that during the first 5 months of this year, the government brought in some US$2.8 billion in non-oil revenue, which accounts for 13 percent of total government income. As long as the security situation continues to improve, Iraq stands a good chance of attracting much-needed trade and investment to meet its reconstruction needs over the next couple of years.