The recent negotiations between P5+1 and Iran were conducted at an accelerated and optimistic pace. Both engaged parties entered into expectant stages so as to reach a compromise after years of stagnated negotiations, which was brokered by the framework agreement of Lausanne, which in turn ought to be concluded by 30th June 2015.

And for this and other reasons related to the USs’ discovery of shale energy resources, the Middle East region will stand at a new phase of relations and balances of power that will lead to the alteration of the shape and equilibrium of the region.

There is no doubt that Israel – and the Arab Gulf states specifically – represent fundamental and concerned parties as regards US policy towards Iran and its nuclear program. Any US-Iranian dialogue deserves close attention because it goes right to the heart of the power balance equilibrium, as well as the issue of Israeli and Gulf security.

Therefore, any type of these dialogues that brings views closer, raises real and legitimate fears among the said parties, and these fears (among the Arab Gulf states) are justified by the seriousness of possible scenarios of dialogue between the USA and Iran to their (Arab Gulf states’) security. Should the Lausanne agreement be concluded comprehensively as expected by 30th June 2015  by way of a comprehensive settlement whereby Iran abandons its nuclear program while ensuring international-Iranian cooperation to produce nuclear fuel for peaceful purposes only (for the purpose of realising its ambitions and position within the vicinity of nearby areas of power) then this scenario will mean acknowledgment of Iranian influence at the expense of the Gulf parties.

It is no hidden fact to the observer of interrelationships between global energy security and regional conflicts in the Middle East, that this witty analysis has been the focal point for decades in the analysis of US policy and its direct or indirect engagement in the conflicts of the region.

However, the situation isn’t as it was before, especially after the USs’ discoveries  of shale energy resources, as the scarcity of resources is no longer a concern for the US decision maker. Other than these discoveries changed the image of the region and its importance in the strategic perception of the US, and was transformed from a highly prioritised area of ​​ US national security strategy, to an important region of the world.

This transformation (of the image of the region in US strategic perception) entailed another transformation – that is, the pattern of the USs’ administration to the region’s conflicts, which became apparent by the low level of enthusiasm, evident by way of direct military engagement in those conflicts, in comparison to the events of the past to securing energy supplies.

Based on this vision, a new order in the balance of power is emerging to fill the void caused by the relative decline of the USs’ role in the region. And this means that the US will remain a [key] player in the Middle East to secure its interests, with its commitment to non-excessive military engagement. This decline in role-playing within the region was noticeable in the withdrawal of its troops from Iraq, and there is the possibility of military withdrawal as well from Afghanistan in next to no time; and its reluctance to direct military intervention in Syria, as well as negotiating with Iran over its nuclear program which finally ended with the agreement of Lausanne. These substantiations differ completely from what was in the nineties of the last century and its presence in the Arabian Gulf, or with what took place in Iraq in 2003, and prior to that in Afghanistan, 2001.

This decline, (in the US role in the region) and its insistence on resolving the nuclear program issue via dialogue, tips the balance of power in Iran’s favour. And here it’s worth noting that throughout the US-Iranian negotiating marathon (on Iran’s nuclear program), a primary point of contention was verified – that is the ‘Iranian nuclear program’  that failed to address Iranian influence in the region, considered by some to be an implicit American recognition (of this influence) that made the major discrepant point of the ‘nuclear program’ in the view of some analysts as the point of convergence, cooperation and regional understanding between Iran and the United States of America.

Observers believe that the prospective role that Iran will play in the upcoming regional measures by virtue of its influence – which extends from Iraq to southern Lebanon as well as its influence in Yemen – will be an appropriate state of affairs for the new interests of the US in the region, and that is, the emergence of a new regional order which reduces its burden of security and military affairs.

These facts are clear to the Iranian political elite, particularly the clique surrounding President Rouhani who have anchored the nuclear negotiations to the end of normalising relations with the United States, in an effort to firstly lift the economic sanctions on Iran, and secondly to fill what can be to the utmost of regional voids that will be left behind by United States in the Middle East region.

With visibility clear as to the new direction of the US in the region – which entails the evolution and crystallisation of a new regional order – it may be the case that the Gulf states, particularly Saudi Arabia, no longer maintain the same position in the balance of the current powers. This vision has been enhanced successfully by way of the Lausanne negotiations, as well as the Geneva II negotiations which did not produce a solution to the liking of Saudi Arabia in what it saw fit to be achievied in Syria, and the continued fixation of Iranian influence in Iraq, Syria, Lebanon and Yemen. All of these factors prompted Saudi Arabia to oppose US policy on more than one occasion, and they are the same factors that have lead the former to abandon its reservation on regional policy and to be more engaging in the Eastern Arab region (The Levant), in an attempt to balance Iranian influence and to access the new regional arrangements with minimal losses. Perhaps what increases the tenacious Saudi impasse, is that it has no alternative to the United States, and that the status quo balances of power in The Levant cannot be easily modified, for it is the cumulative result of more than a decade that has extended since 2003 up to our present time, by which repercussions had begun to appear with the withdrawal of the US troops from Iraq, as well as the clear retreatment of the United States from its role(s) in the Middle East. 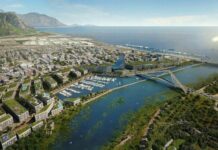 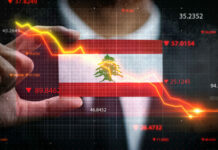 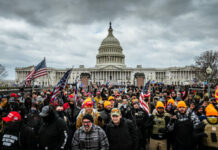 Right-wing extremism and the threat to international peace and security