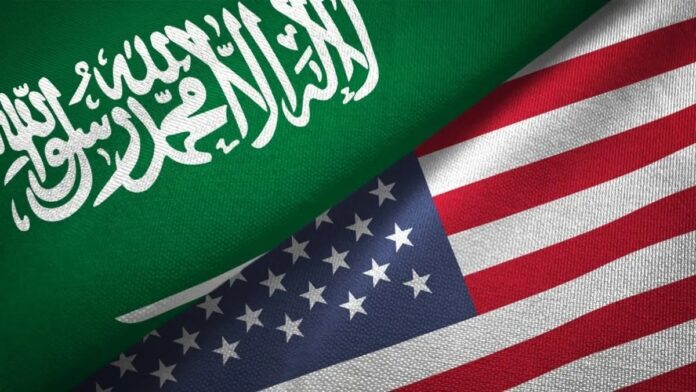 The former British prime minister “ Anthony Eden” in his journals that Iraqi prime minister in the royal era “ Nouri al-Saeed”, and during the crisis between the former Egyptian prime minister “ Gamal Abdel Nasser”, on the hand, the western camp, he expressed his displeasure from the method the west was using with Abdel Nasser, he pointed out that al-Saeed had argued them that Abdel Nasser through threats and threats, what he wants from the west more than Iraq takes through cooperation, means: he has received very little from his western allies, compared to the kind of positive relationship both sides have, in contrast to the west relationship with Egypt in its Nasser era that which was characterized by constant tension, and Nasser’s threat to Western interests in the Middle East, Yet he gets what he wants, at least, as Al-Saeed thought.

From that, we can present the following question: Did the Saudi leadership have what Iraq felt during its royal era? Especially when Saudi sees its rival Iran achieve most of its goals in the Middle East, to this current moment the kingdom didn’t see only numerous attempts from the U.S to conclude an agreement with Iran, which may lead to a threat to its security, and at the same time Decline in its position in the United States as the excellence in dealing, and the United States leadership to Iran may be more respected and prestige than Saudi Arabia, because the world of international relations often respects only or at least fear the strongest.

This paradox calls for in the context of the tension in relations between Saudi Arabia and its ally the United States of America under US President Joe Biden, The Kingdom may feel today what Al-Saeed felt decades ago, because with all the many privileges it offers the United States of America, it may sometimes show it in a weak position before other countries on the grounds that it is subject to the American will – although some researchers find that it is not so much subordination as it is mutual interests between the two countries -. Saudi Arabia believes that the United States of America is going against the direction it aims at in the region, especially with regard to the Iranian card, the position on its war in Yemen, doubts about the seriousness of the American commitment to the Kingdom, and the justification always, whether by the Americans or researchers in this field, which is that the American interest requires it on the basis that there is no constant in politics.

However, it can be said that the interest, at times, is not supposed to be at the expense of allies, as this can lead to damage to the mutual relations between the allies, as well as to the credibility aspect, This factor may lead to the reluctance of countries, including allies, to go to the United States of America, on the grounds that it does not always commit to its allies, which reflects negatively on its credibility, and this is what its competitors, the most important of which are Russia and China, invest; To carry out a propaganda operation, it entrenches the idea that the Americans have no covenant and no friend, which damages the image of the United States of America in front of other countries, and this is what its allies from the Gulf Cooperation Council countries, led by Saudi Arabia.

We do not exclude that this is one of the important reasons for the cold or strained relations between the two sides, especially with the arrival of Biden to power, who has adopted positions that Saudi Arabia considered negative, Foremost among them is his raising of the issue of the murder of Saudi journalist Jamal Khashoggi, its war in Yemen, the threat of stopping military exports to Saudi Arabia, and its disappointment with the position of the United States of America following the bombing of Aramco, It has not seen the necessary U.S. support for its security, even though the impact on Aramco means not only Saudi Arabia, but the world at large because it will damage Saudi oil production, Which in turn reflects negatively on global oil prices, but found the opposite, especially since the statements of the US administration are not at all reassuring, For example, US National Security Adviser “Jake Sullivan” stated that the Biden administration had replaced the policy of the “instrument” blank towards Saudi Arabia, which was adopted by the previous Trump administration.