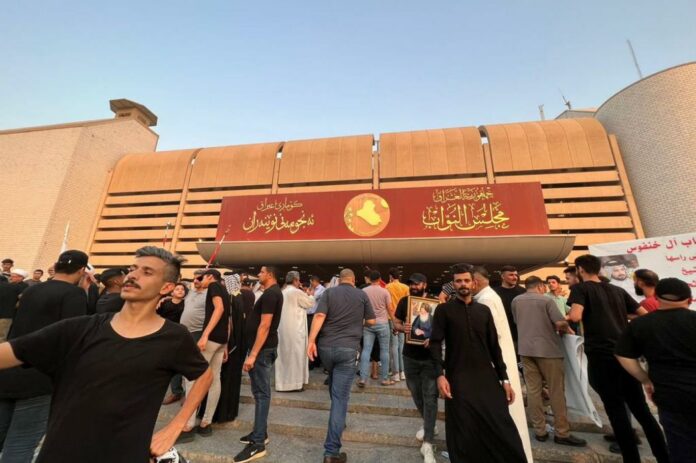 Today, Iraq is going through serious internal political crises that threaten the entire political system and civil peace. Among the biggest of these crises is the government formation crisis, which has been in place for months, with the exacerbation of differences to choose a candidate to form the government, which led to the country entering a state of the political impasse and exceeding the constitutional deadlines.

This confused situation constituted a disappointment for the citizens of Iraq, especially after they had built the hope of reforming the political system, which would be through these early elections, the price of which was paid in blood during the October 2019 demonstrations, which represented the largest demonstrations in the modern history of Iraq and lasted about a year.

Therefore, the state of political impasse coincides with a great disappointment felt by the Iraqi citizen, which is pushing towards dangerous turns, and this leads us to ask a question: Where is Iraq going? We will try to answer it by tracing and analyzing the events that Iraq has experienced since the October 2019 demonstrations.

The most prominent change in the previous legislative session (the fifth after 2003) was the Iraqi parliament’s approval of the new election law; The electoral system was changed from the amended Saint-Lego law in which the 2018 elections were held with each province counted as an electoral district, with a single non-transferable vote, to Elections Law No. 9 of 2020; Which adopted the multi-constituency system, independent candidacy, and divided Iraq into 83 multi-member electoral districts. In which the votes will go directly to the candidates, and the one with the highest number of votes will win, contrary to the previous law in which candidates depended on the votes of the electoral list.

The High Elections Commission indicated that 2,5182,594 Iraqis are entitled to vote to elect 329 members of the new House of Representatives, under the new election law. Based on the foregoing, the division of Iraq into 83 districts will be based on the quota for women (one seat in each electoral district), i.e.: a quarter of the members of the Iraqi Council of Representatives.

Amidst a state of turmoil and controversy between the boycotters and supporters of the elections. Parliamentary elections were held in Iraq on October 10, 2021, and 329 members of the Iraqi Council of Representatives were elected. The Independent High Electoral Commission stated that the participation rate in the parliamentary elections amounted to 44%, with the highest participation rate in the Dohuk governorate at 57%, and the lowest in Baghdad / Rusafa at 31%. 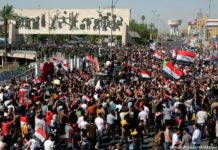