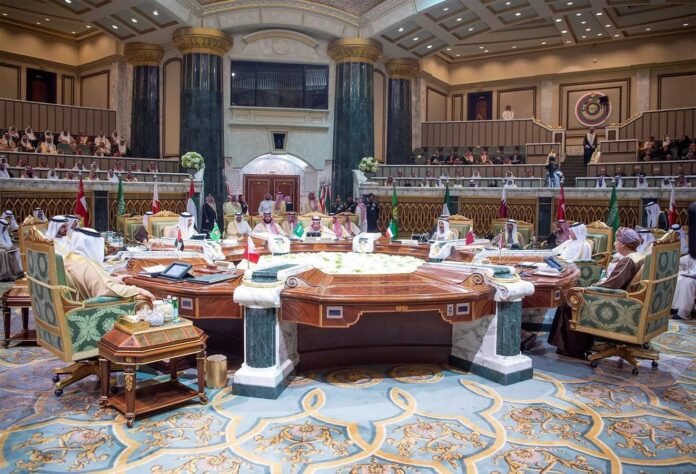 There are other factors that later helped strengthen the council’s unity, such as: the Iraqi-Iranian war, Iraq’s invasion of Kuwait, the revolutions of the so-called Arab Spring, fear of extremist Islamic currents, and other factors that contributed to the council’s continuation and its success as an Arab bloc whose goal is to promote Gulf integration. It’s no secret that the dangers surrounding the GCC member states are increasing, and their desire to increase their power and influence, led to discussions from time to time in the council’s summits about the intent to increase its members. Countries such as: (Jordan, Morocco, Iraq, and Yemen) were repeated in the corridors of the council. However, reality does not indicate a real desire by the members of the Council to grant full membership to one of those countries. For structural, objective, and strategic reasons, but the desire for expansion remains present among the GCC states, and among those states whose accession is nominated to reach the objective conditions that qualify them to join the Gulf Cooperation Council, because of its great economic and political weight.

We try to answer – in this paper – many questions in order to reach the answer to the most important question of Iraq’s eligibility to join the GCC, and do the member states have a real desire to include Iraq? In order to answer this question; It is necessary to shed light on how the council was established? And the circumstances that prompted its establishment, the importance of the council, its achievements, the mechanism of joining it, and finally we conclude the paper by explaining the motives for Iraq’s joining the GCC, and what is the ideal situation for Iraq in light of the escalating discussion about the possibility of Iraq joining the council in the future?

First: The Gulf Cooperation Council: Its Origin and Structure

The Arabian Gulf region is one of the most important strategic vital areas in the world based on many considerations, such as its strategic location and its economic importance represented in the rates of trade exchange with the countries of the world, in addition to the fact that the region is the most important store of energy; It holds more than two-thirds of the world’s oil reserves; With its impact on global economic growth.

On the other hand, the countries of the Gulf Cooperation Council represent a homogeneous political structure (monarchy regimes), with different rates of political participation in society, united by historical experience, and linked by geographical location and common borders, as well as by common language, customs, traditions, and religion.

Second: The Emergence of the Gulf Cooperation Council

After many suggestions and attempts made by all the Arab countries bordering the Persian Gulf. The establishment of the council was announced at the meeting of the leaders of the six Gulf states (Saudi Arabia, Kuwait, the United Arab Emirates, Qatar, Bahrain and Oman) in Abu Dhabi on May 25-26, 1981. This meeting was called the Foundation Summit; It was the signature of the statute of the Council. The content of the meetings stated that the goal is to achieve cooperation between the six Gulf states, develop their relations, achieve coordination and integration, deepen and strengthen the existing ties between their peoples in various fields, establish joint projects, and establish similar systems in all fields to serve their interests and strengthen their ability to adhere to their faith and values.

As for the reasons given by the leaders of the Gulf Cooperation Council countries to establish the Council, and those that were prompted by regional and international circumstances, they are divided into three sections. The first presents the reasons for establishing the Cooperation Council from the official Gulf point of view. The second analyzes the motives for establishing the council in light of internal, regional and international circumstances and factors. As for the third, it seeks to explain the establishment of the Cooperation Council in the light of international relations theories, in order to balance the official and unofficial view of the reasons for its establishment, which contributes to some conclusions in this regard.