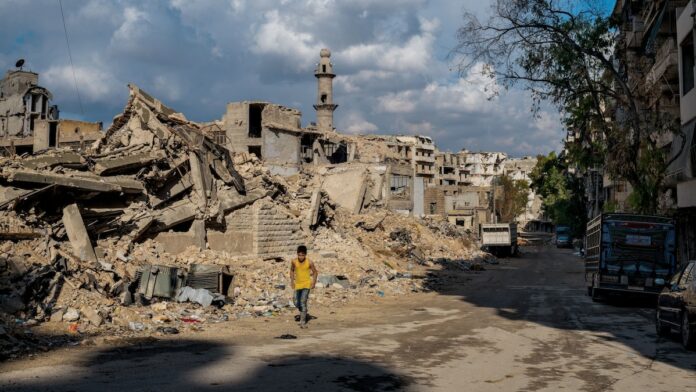 The Syrian crisis – which began in 2011 and lasted for more than ten years due to the multiplicity of intervening parties – had serious consequences for the Syrian people. The number of casualties of war reached 500000 in 2021. The clashes also led to the displacement of 13 million people. According to the United Nations, more than half of Syria’s population fled their homes before the civil war, and more than 80% of the population lives below the poverty line. In addition, 6.5 million Syrians suffer from food insecurity, and 12 million need humanitarian assistance.

The Syrian crisis, which lasted for more than a decade, had many negative political, security, and economic repercussions on the country. On the political level, one of the results of the Syrian crisis is the emergence of various political opposition currents and forces inside and outside the country. The Syrian National Council was one of the first opposition alliances and remains the largest and most important gathering of the Syrian opposition in exile, and the main reference for foreign countries that support the opposition. The formation of the Syrian National Council was announced in Istanbul on 2 October 2011. A coalition of groups and individuals is formed. These include the signatories of the Damascus Declaration (2005), the Syrian Muslim Brotherhood, various Kurdish factions, representatives of the Local Coordination Committees, other political parties or platforms such as the Damascus Spring and the National Bloc, representatives of the Alawite and Assyrian communities, and some independent figures. By March 2012, the Syrian National Council claimed that it included 90% of the opposition parties and movements, with the National Coordination Body for Democratic Change and others objecting to this claim.

The Syrian National Council envisages that following the overthrow of the Syrian regime, a transitional period will take place during which the Council will form a transitional government and organize parliamentary elections within six months. Followed by the election of a constituent assembly to draft a new constitution in one year, the release of detainees and prisoners, the establishment of an independent judicial commission to address grievances, and a national reconciliation commission, among other essential tasks.According to the vision of the Council. The “new Syria” will be a “democratic, civil, pluralistic state,” as well as a “parliamentary republic in which sovereignty is for the people, and is based on the principles of equal citizenship, the separation of powers, the smooth transition of power, the rule of law, and the protection and guarantee of minority rights.”

The Coordination Body was established to unite opposition demands, seek political dialogue, and peaceful protests against the authority. Its founding statement called for peaceful protests to secure basic demands before the opposition engages in dialogue with the government: Release political detainees, allow peaceful demonstrations, withdraw the army from cities, repeal Article 8 of the constitution (ending the Baath Party’s monopoly on power, and allowing other parties to compete freely for public office), lifting the state of emergency, allowing entry to foreign media professionals to cover events, and referring those responsible for the violence to justice before beginning dialogue. The founding statement also included a political program calling for the establishment of a transitional government and basic reforms, most notably the drafting of a serious constitution, democratic laws for political parties, popular reconciliation, compensation for those affected by the revolution, and consideration of the Kurdish people’s issue. The members of the Coordination Committee agree on three fixed principles: No to foreign military intervention, No to sectarian mobilization, and No to violence and militarization of the revolution.

The third group of the Syrian opposition is the Syrian National Coalition. The National Coalition for Syrian Revolutionary and Opposition Forces, known as the Syrian National Coalition, is a coalition of opposition groups that was formed in November 2012 during opposition meetings in Doha. Moaz al-Khatib, the former imam of the Umayyad Mosque in Damascus, was elected president of the new coalition. Two vice presidents were also elected: Riad Seif, who had launched the first call for an initiative aimed at uniting the opposition, and Suheir Atassi, a prominent secular activist. Mustafa Sabbagh was elected Secretary-General of the coalition. The formation of the new coalition was generally well-received by international circles, which praised it, describing it as a positive step towards a more unified front. On November 12, Gulf member states recognized the coalition as the “legitimate representative” of the Syrian people, ending their recognition of Bashar al-Assad’s government. Soon, the Arab League (except for Algeria, Iraq, and Lebanon) followed suit in recognizing the coalition as the “legitimate representative and main interlocutor of the Arab League,” but the latter did not give the group its full recognition as the sole representative of the Syrian people.

The fourth group of the Syrian opposition is the Democratic Union Party. The Kurdistan Democratic Union Party (PYD) is a Syrian branch of the hardline Kurdistan Workers Party (PKK), one of the most important Kurdish opposition parties in Syria, as well as a member of the National Coordination Body for Democratic Change and the People’s Assembly of Western Kurdistan. The PYD calls for constitutional recognition of Kurdish rights and “democratic autonomy,” and rejects classic models such as federalism and self-administration. While condemning the authoritarian rule in Damascus, the PYD is responsible for disrupting Kurdish efforts to form a united opposition front.

However, the opposition groups, backed by regional and international countries such as Qatar, Turkey, Saudi Arabia, the United States, and the European Union could become a political challenge to the Syrian regime, and the future government of Bashar al-Assad through their actions and positions.