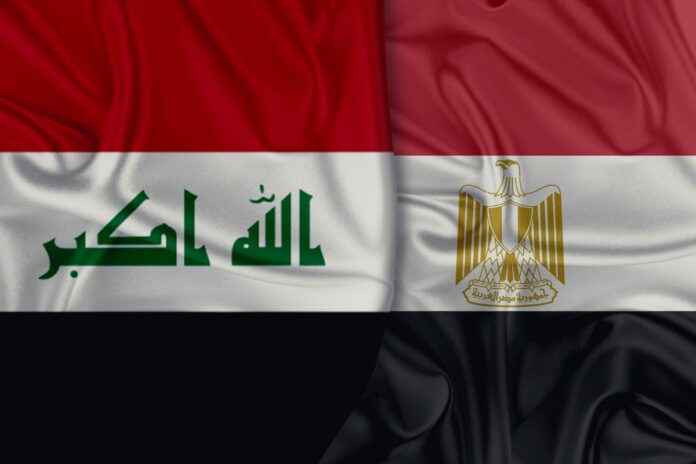 Omar Sami / a writer and researcher in political science.

The Egyptian-Iraqi relations were proceeding distinctly at all levels, until the second Gulf War in 1991, and with the remnants of the skirmishes between the two projects (the Nasserist and the Baathist). Iraq was also very important to the Egyptian political economy, as it was the first destination for Egyptian labor to head abroad in search of hope and work in light of Sadat’s economic openness policies that eliminated the idea of the state’s responsibility for full employment of the workforce.

Studies in the Arab region – in the context before the American occupation of Iraq – refer to a triangle of power that includes Egypt, Iraq, and Syria. Those with this view affirm the region’s need for a strategic cooperation framework between the parties to this triangle as a guarantee of its survival, stability, development, and ability to confront any external threats.

After that era, official Egypt became in a semi-stable alliance with Saudi Arabia and the rest of the Gulf states against the regional policies of the “Saddam Hussein” regime, reaching something like complete dependence on the Gulf axis ruled by a “Saudi-Emirati veto” against any process of developing relations with the regime in Iraq. And allowing foreign forces to pass through the canal as an international waterway to strike and occupy Iraq for nearly two decades, and its instability locally, as well as the instability of its regional and international relations during these two decades.

Nevertheless, the two countries (at the official level) tried to walk in the global context of policies to liberalize trade in goods and services of home origin on both sides. They also tried to enhance trade exchange and witnessed several attempts to ally or revive old alliances on economic grounds. Egypt tried to play a role in counter-terrorism policies, by trying to expand its concept and lists of ranks. Iraq also tried to show its solidarity towards Egypt to provide its oil needs instead of some regional powers and their conditionalities in attempts to revive old alliances.

This paper attempts to review the most important developments and general features of the Egyptian-Iraqi relations, and to discuss the prospects for their future development through a critical analysis of the economic dimensions of these relations and attempts to develop them, as well as regional issues that require coordination and the most important obstacles to those attempts, as follows:

First: the economy, trade, and employment in the balance of relations.

It can be said: That the economic relations experienced periods of prosperity between the two countries when there was something like a separation between the political and the economic in these relations, when the two countries were experiencing an almost complete rupture of official relations after the signing of the Camp David peace agreement in 1978, and during the severance of diplomatic relations. However, the objective circumstances that governed the Iraqi dealings with the Egyptian expatriate workers to it led to a huge jump in the numbers of these workers from about 10,100 immigrants in 1975 to about 628,400 immigrants in 1987, according to some studies based on Iraqi statistical sources. As Iraq has become the first choice for Egyptian workers abroad regarding numbers, then we are facing a good paradox in the history of relations between the two countries. With the poor political relations and the deterioration of the official commercial, cultural and economic exchange, the expatriate workers have been compensating for such a deterioration in relations, working in objective conditions far from the political exploitation of the two regimes. This is something we find its impact on many Egyptians who lived in Iraq at that era, as they describe the official and popular Iraqi dealings with them as the ideal model for dealing with migrant workers.