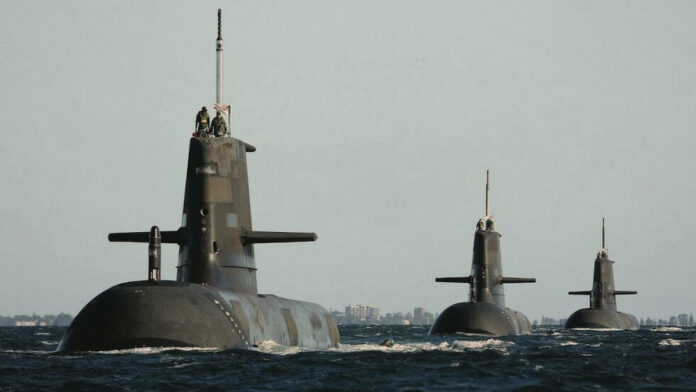 The beginnings of the Franco-Australian agreement on advanced nuclear submarines date back to 2016 when both states concluded an agreement to build a new fleet of 12 nuclear submarines in a total deal worth $65 billion by the French company DCNS, where the state has 62%, and under the contract, the French company undertakes to design, produce and maintain submarines and train people to operate them. These new submarines will take the place of the traditional Australian Collins submarines made in the 1990s, which are supposed to be discontinued from the beginning of the year 2026. The submarine deal is considered to be the largest Australian Government contract in its history, with 12 submarines being intercontinental, with a weight of 4,000 tons each.

France described this Australian move as “backstabbing,” “betrayal,” “insult,” “Joe Biden acts like his predecessor, Donald Trump,” ” A Sudden Unilateral Decision,” and “France will reconsider the strategic alliance with the United States,”. The French press singled out some pages and analyses of the shock of canceling the French century deal after the announcement of the British-American-Australian Trilateral Security Pact (AUKUS), under which Australia would acquire American nuclear-powered submarines instead of French submarines after the contract with the French naval group was canceled.