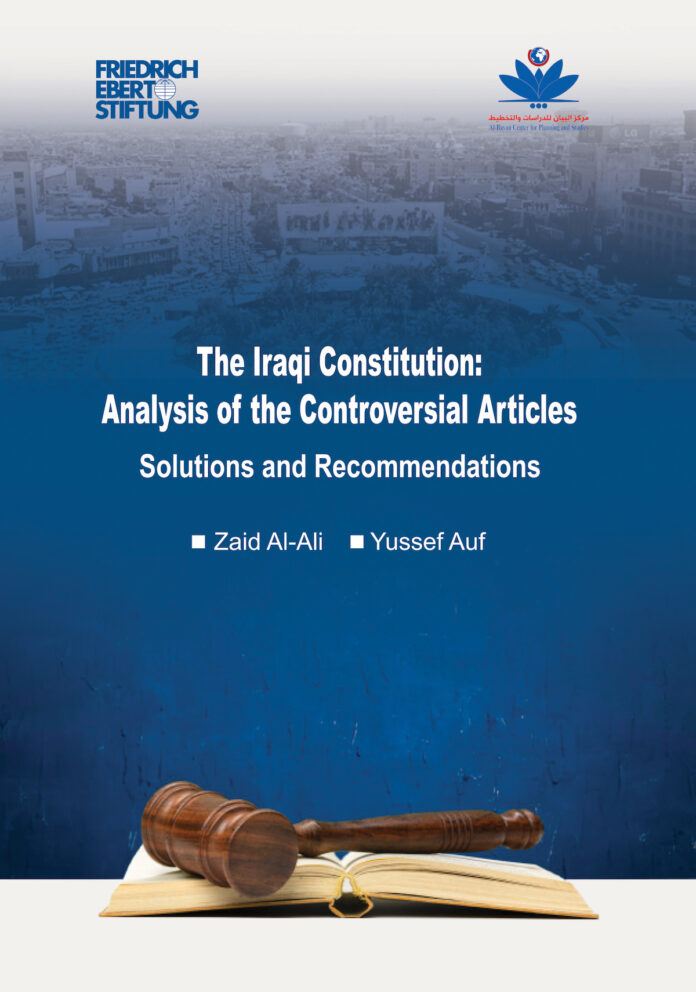 The protests on October 1, 2019, brought the issue of constitutional amendments back to the light as a fundamental part of reforming the Iraqi political system, which reached a challenging stage for the unity of the country and the harmony of its people.

The constitution was written in extremely, complicated circumstances under the pressure of terrorist attacks, the presence of the American occupation, an electoral boycott of some components, and politicians’ fear of the ghost of the previous dictatorial regime. However, the constitution came out to carry important tasks forming the minimum level of consensus among the Iraqi people, starting the process of building the state and building the Iraqi nation. However, the experience of the past years of accumulated legislative and legal work proved that part of the corruption and sterility of the political system in facing internal challenges and foreign affairs and its reluctance to provide services to Iraqis are due to the constitution, its interpretations, and the laws derived from it. Therefore, it has become necessary to think more seriously about opening a comprehensive national dialogue to amend the basic law or even rewrite it again away from those pressures that affected the Iraqi constitution in 2005.

The permanent constitution of 2005 preceded the Transitional Administrative Law that emphasized the representative nature of the Iraqi state with its known terms and regulations, such as a federal system, decentralization, harmony, and a free-market economy with a system of services and social security. However, it was only supported by the leaders who wrote it, the members of the Transitional Governing Council at the time.

After the approval of the Transitional Administrative Law, elections were organized to form the interim government and the national constitution-writing committee comprising of 28 Shiites, 15 Kurds, 15 seculars, 5 people representing minorities, and 15 Sunni Arabs, 2 of whom were elected only.

Despite how fast the constitution was written, it was the first experience for Iraqis since the establishment of the state to have a permanent constitution written by Iraqis. It had unprecedented attention from specialists, academics, civil society organizations, and political forces.

It was clear from the start that the Shiite demands, which were represented mostly by Islamic parties, focused on the concepts of the majority and the role of Islam and personal status, but they were divided on the issue of supporting federalism. As for the Kurdish demands, it focused on ethnic federalism, the distribution of oil and gas resources, harmony, a moderate form of civilization, the system that guarantees public freedoms and women’s rights. As for the Arab Sunnis, their demands were focused mainly on the identity of the Arab state, rejecting the pluralism of the system, de-Baathification, decentralization, and the distribution of resources, but they did not oppose Kurdish federalism.

The contexts in which the Iraqi constitution was written and its use of strange terms for legal jurisprudence such as (the components), as well as the applied experience, proved that the new political system takes into account the interests of major groups (Shiites, Sunnis, and Kurds) and not the interests of citizens far from their affiliations and subsidiary identities, laying the rules of quotas sectarianism and ethnicity, even of not adopting them explicitly.

In addition to that, the applied experience of the constitution has proven that those who wrote it did not consider: the number of vice-presidents of the republic, the resignation of the prime minister, or even the bloc that form the government if the premiership is vacant, among other cases, strengthened by ambiguous interpretations of the Federal Court sometimes, and strange constitutional jurisprudence at other times, which seemed affected by the complex psychological and political circumstances that surrounded the Iraqi political experience since 2003 until now.

The inability of the political system to currently promote and protect Iraqi sovereignty, and provide services to its citizens, and the disturbing levels of corruption and extortion in the various state institutions, have been accompanied by increased public awareness and the emergence of a new generation who reject the contexts in which the permanent constitution was written. The accumulation of elite, popular, and parties protests from February 25, 2011, until today has revealed the need for serious thinking to bring about a fundamental change that affects the foundations of the current political system, secures a higher percentage of representation in the political system, assures an equitable distribution of wealth, and applies a more comprehensive law equally at all citizens.

After the recent protests, a committee was formed to review the provisions of the permanent Iraqi constitution, reinforced by calls for religious authority in Najaf to form constitutional amendments with the consent of all components, without the logic of dictation or imposition due to immediate political pressure.

The paper in your hands is the product of a research work by experts specializing in constitutional law and political science. They clearly indicate in their work the need to amend the framework of the current system of government in order to achieve greater harmony between different powers, encourage the rule of law, improve accountability opportunities, and give everyone the right to participate in the formulation of a constitution guarantees a fundamental reform of the judiciary, the electoral system, the federal governance, and the relationship between an individual citizen and the state. This change is extremely difficult due to the complex mechanisms of implementing amendments established by the writers of the permanent constitution.

Al-Bayan Center for Planning and Studies is pleased to present this effort to those interested, decision-makers, and those concerned with forming constitutional amendments, in the hope that it will help in providing them with discreet studies and in-depth readings for a sound, flawless constitution, away from wrong interpretations or deviations through the path of proper representation of citizens and strict supervision over state institutions. 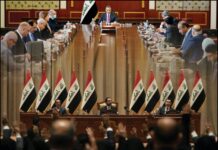 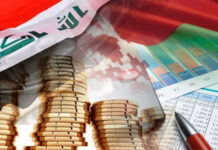 Transparency of the public budget in Iraq 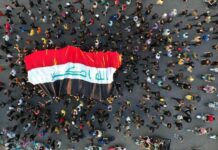 Iraqi Society and the Complexities of Federalism