The escalating dispute between the United States and Turkey has strained ties between the two NATO members to a point not seen since 1974, when Turkish forces invaded Northern Cyprus, which pushed relations to the verge of collapse.
The current crisis in Turkey is due to a number of factors, starting with the failed coup against President Recep Tayyip Erdogan in 2016, which severely destabilized the country’s currency, and later developed due to the controversial 2017 referendum that gave Erdogan extended powers. However, the current spat between Washington and Ankara came after US President Donald Trump tweeted against Turkey’s detention of American Evangelical pastor Andrew Brunson. The pastor is facing charges of terrorism, espionage, and support for the coup plotters, and was swept up as part of a large-scale crackdown following the failed 2016 military coup attempt.
However, increasing fears of Erdogan’s administration of the country’s economy, especially since his reelection in July with near absolute powers, played the biggest role in Turkey’s currency woes. These fears are pronounced given that Turkey’s problems could adversely affect the economic stability of its neighbours such as Iraq, Syria, and Iran.
Despite Turkey’s economy being ranked the 17th largest in the world, its problems are only getting worse, especially with Trump’s trade war against the country, which affects international trade as a whole, in addition to weakening international alliances and threatening economic growth across the world. Foreign investors now fear that Erdogan’s populist government might adopt irresponsible economic policies that undermine the Turkish Central Bank’s independence. Meanwhile, observers fear such policies might impede the implementation of the necessary steps to place the economy on a sure footing.
Before July 2018, the Turkish lira was traded at 4.7 against the dollar, however it dropped to 5.5 after the presidential elections and continued its decline until the end of August. When Trump sensed the public and political pressure he exerted against Turkey due to the detention of the pastor had begun to bear fruit, which included sanctions against the justice and interior ministers, he announced a doubling of tariffs on imported Turkish steel to 50 percent and aluminum to 20 percent. These punitive tariffs made Turkish steel the most expensive in the American market and severely declined Turkish steel exports. 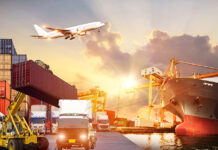 The financial crisis and its impact on transportation companies. Constraints and solutions 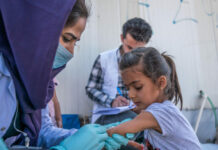