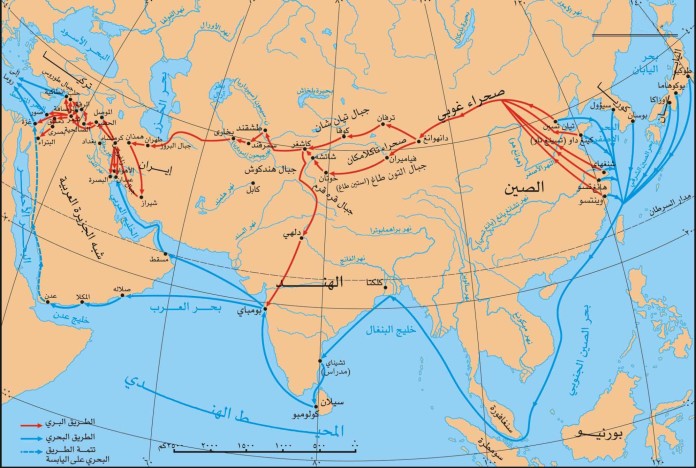 Since assuming the seats of the General Secretary of the Communist Party of China and President of the People’s Republic of China in 2012, the governance of Xi Jinping has been defined by far-reaching projects and initiatives. On the surface, these policies have sought to continue China’s upward economic growth and development that picked up under his predecessor, Hu Jintao. Unlike Hu, however, Xi’s approach to internal and foreign policy has been defined by greater assertiveness. Xi’s signature anti-corruption campaign, the tightened restrictions on Chinese civil society, his calls for further market economic reforms, the strengthening legal institutions, and the emphasis on individual and national aspirations under the slogan “Chinese Dream” have all signalled that government policy under him seeks to address the structural pressures upon the Chinese economic and political system that have become increasingly visible as a result of slowing economic growth.
It was in this context that Xi Jinping announced the Belt and Road Initiative. First mentioned in 2013 and subsequently codified in 2015 with a policy document, the Initiative represents one of the most ambitious foreign policy and investment schemes ever conceived. Upon completion, the Initiative would create direct land and sea links between China’s industrial heartlands in the eastern provinces, through its sparsely populated and under developed western provinces, through India, Russia, Central Asia, Iran, Turkey and parts of the Middle Eastern (referred to in China as “West Asia”) and North African countries such as Saudi Arabia, Oman, Egypt and Sudan before ending in Europe.
Despite the scope and ambition, however, much of the specifics of the Initiative, including which countries will partake in it, remain vague. The Chinese Government has maintained that the Initiative operates on an opt-in system and has generally refrained from setting targets and specifically quantifiable goals around the initiative. The vagueness around the Initiative has led many academics and China analysts to try and fill in the blanks themselves, particularly with regards to impact assessment on individual countries.
At present, Iraq is not listed as a participant of the Belt and Road Initiative. However, the country is one of the principal suppliers of oil to China. Bilateral trade between the two countries has been increasing steadily over the past decade, only suffering a dip over the course of 2014 and 2015 owing to the conflict taking place in the country. Given that Iraq’s southern (Saudi Arabia), northern (Turkey) and eastern (Iran) neighbours are all slated to be participants of the Initiative, it stands to reason that Baghdad should gauge its options on whether participation in the Initiative will be feasible or beneficial for Iraq.
This paper looks at how Iraq can pursue a healthy economic relationship with China within the context of the Belt and Road Initiative. It investigates the primary features of the Initiative and what China desires from it. As part of understanding Beijing’s motivations for setting out the Initiative, this paper analyses China’s political, economic, social and security priorities in the current era. This paper then links the Initiative to China’s broader infrastructure-led foreign investment and development model. China has pursued such models with nearly all its principal suppliers of oil (and other raw materials). As such, this paper looks at the experiences of Angola, Mozambique and Iran, analysing the costs and benefits of such a relationship with China. This paper concludes that the infrastructure-led foreign investment and development model has provided all these countries with significant socio-economic dividends. The case of how China assisted Angolan reconstruction following its years-long civil war is deemed particularly relevant to Iraq as the process of recovering from the war against the Islamic State takes shape over the course of 2018 and beyond. This paper also concludes that Chinese investment has, at times, inflamed local tensions due to unfamiliarity of the local dynamics; exacerbated environmental damage; put additional stress on natural resources; increased unemployment in instances where locals were not employed; caused uneven development; and exacerbated corruption.
This paper further concludes that participating in the Initiative can be of great benefit to Iraq and advises that Baghdad leverages its oil sales with the reconstruction of major cities that have suffered damage over the course of the past three years. Oil-rich but development-poor cities such as Basra also stand to benefit, allowing the Iraqi Government to realise its goal of turning Basra into a world city. As mentioned above, three of Iraq’s neighbours are participants in the initiative. Meanwhile, relations between Beijing and Damascus have been growing steadily, with China expressing interest in Syrian reconstruction. This paper argues that there is great potential for regional synergy in which Iraq can play a bridging role. Lastly, this paper advises the Iraqi Government to avoid relying solely on Chinese investment but rather maintain a diverse set of partnerships, giving Iraq the luxury to pick-and-choose. This is particularly relevant for a number of high-tech sectors where China continues to lag behind its rivals such as Japan.