I bring to your attention the following matters:

We applaud and praise all Iraqi heroes, our loved leaders and soldiers, in the army, the federal police, the Peshmerga forces, the legions of volunteers, and the sons of ardent tribes who are engaged in the battles of honor and dignity defending the land, the weak, and the holy sites, who are fighting in Nineveh province to rid and free its esteemed people from the abomination of ISIS. We applaud and praise them for their efforts, congratulate them on their victories and pray to the Almighty God to look after them, protect them, and make them victorious over their enemies, the obscurantists terrorists, and grant their martyrs mercy and acceptance and bestow upon their wounded men health and wellness. We, today, would like to emphasize, to our fighters, as we have done previously in several occasions, the need to take the maximum degrees of caution in dealing with civilians caught in the regions where fighting are taking place, and seek to protect them from harm and provide them with protection by all possible means.

Also, we urge the dear people of Mosul to cooperate with the security forces as much as possible to facilitate their missions, to rescue people, and rid them from the control of ISIS terrorists. We, also, stress, on all those involved in combat operations, the need to take care of the humanitarian and the Islamic standards in dealing with detainees, whoever they are, and limit action against them to the legal proceedings alone and stay away from revenge in in any case. Our blessed heroes! Whom we are proud of, you took the responsibility to defend Iraq, its people, and sanctities in the darkest, and the most difficult circumstances for more than two years. Honest to God, you were up to this great responsibility, and did not get tired nor faint in doing what is required, but the opposite has happened, you got even tougher than before to continue fighting until achieving this great goal. In the process, you did not pay attention to your lives, exerted blood, and sacrificed tens of thousands of martyrs and injured men in the way. You are still writing the finest epics of heroism and redemption in the battlefields, which will be remembered in history.

We hope that you will reach the final victory over the terrorists, purge all Iraq’s land from the impurity of their presence, keep the country united, and allow displaced people to return home with honor and dignity. We look forward to the day when we will fold this agonizing pages of Iraq’s history full of bloodshed, destruction of homes, the groans of the bereaved, the tears of the orphans, the pain of the wounded and injured, and opens another page where security and stability spread throughout this good country, and all it different various communities comes together, to build their homes without grudges, taking lessons from their bitter experiences, paying attention to their mistakes and sins to avoid repeating them, and not to allow foreigners to exploit their differences to interfere in Iraq’s internal affairs, and violate the sovereignty of this country based on false pretenses as it happens today.

Oh God, take us for the righteous’ road!

My brothers and sisters! Pay attention to the expressions given to the great characteristics of those brave fighters. Oh, we proud of them, those are our pride and honor. In another the expression where the religious authority never swears only in very important positions: We swear to god, you were up to this great responsibility, fighting for two years. It is not easy for a father to lose a son. It is not easy for a wife to lose her husband. Those fighters have great determination, steadfastness, and ready to sacrifice, a lot of them advance in large numbers, the officers tell them we want ten or twenty men, that is enough, but a hundred, two hundreds advance to the battlefield. You have witnessed how many victories have been achieved during these two years. Another example is someone lost his arm in the war, but his mother orders him to go and fight until he loses the other. We have to be proud of these heroes, and set them as examples to us. Many of them leave their families for ten days to fight without having something to support them. A martyred fighter sold the iron roof of his house to be able to give some money for his family to spend. This section is stated in this speech to praise the characteristics of those fighters. We are obligated to say those fighters are our pride and honor.

We ask God to help us and let everyone contribute in this battle, the battle of right against wrong, and we ask God to hasten achieving victory. 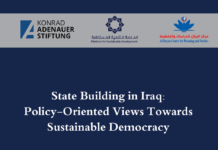 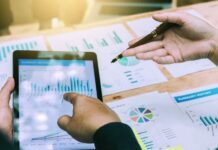