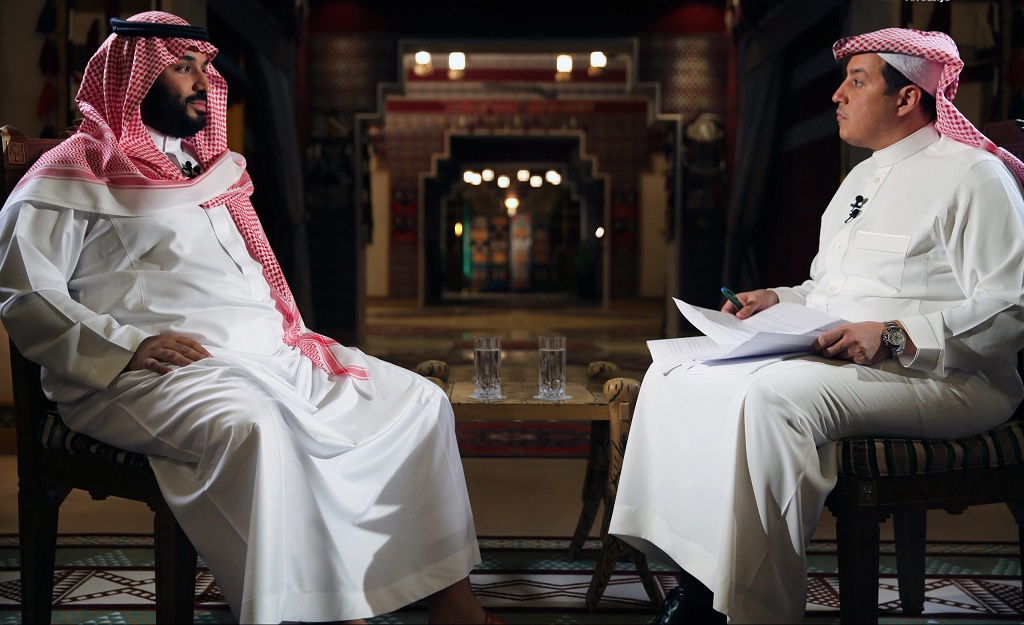 In his interview with the pan-Arab news network Al-Arabiya, Saudi Arabia’s Deputy Crown Prince Mohammed bin Salman outlined his ambitious Vision 2030 roadmap pledging to wean Saudi Arabia off its oil dependency by 2030. The blueprint outlined a huge array of fiscal and economic reforms that will shift the Kingdom to an investment-focused, oil-less economy. Are these initiatives, however, the utopian vision of a young and overzealous prince, or the realistic aims of a country currently reliant on oil for 90% of its GDP[1]?

For decades, efforts to remove the Kingdom’s malignant obsession with oil have been met with a stagnant stability of unease and disinterest. It is “like a father telling his 40-year-old son that it’s time to go out and get a job” according to one Saudi commentator[2]. At 30 years old, bin Salman’s youthful vigour will be essential to achieving any success in this endeavour, especially in mobilising Saudi youth who make up 70% of the population, encouraging them to “work, work and work”[3]. His experience on social media and political know-how in multifarious roles in office, including as the youngest Defence Security in the world, will be important in achieving this goal.

Among the initiatives mentioned are to put up part of Aramco, the world’s biggest oil company, as an Initial Public Offering (IPO), launch the world’s largest sovereign wealth fund worth over $2 trillion, increase home-grown industries such as mining and weapons production, provide more subsidies for those on lower wages, significantly reduce wasteful spending, and promote greater tourism, even creating an Islamic museum. Bin Salman also wants to diversify the Kingdom’s energy dependency by exploiting the vast solar energy potential by producing 9.5GW of solar energy by 2030. (For comparative purposes, China, the world’s solar energy leader, produced 43GW last year[4].)

These initiatives represent what Khalid Al-Falih, chairman of Aramco, has called “a fundamental shift in our economic landscape”[5]. Indeed, putting just 1% of Aramco up as an IPO, increasing to around 5% in 2020, represents the world’s biggest initial public offering. The money raised from the IPO, potentially upwards of $100 billion according to James Reeve, Deputy Chief Economist at Saudi Arabia’s Samba Financial Group, would contribute to the creation of a $2 trillion sovereign wealth fund to invest in a broad range of assets[6]. Yet, Reeve is realistic about the difficulties involved in valuing Aramco “because its role is not purely commercial and has a broader ‘social’ role”.

Saudi Arabia will therefore have to open itself up further to trade, investment, foreign visitors and international codes of conduct in order to raise non-oil revenue to SR600 billion by 2020, almost four times the amount raised last year[7]. This includes greater transparency, which bin Salman believes will be enhanced by added international scrutiny placed on Aramco following the IPO, and more secular freedoms, which are antithetical to the pervasive Wahhabis approach in the Kingdom.

Among these freedoms includes enhanced legal status for expatriates and women. The introduction of a ‘green card’ system, intended to give expats residency rights will go some way to improving the investment climate. But after promising enhanced educational and job opportunities for women, bin Salman has only pledged to increase the number of women in the workforce from 22% to 30% by 2030[8]. This meagre target not only undermines potential labour force capacities by excluding almost 30% of the population from work, but also highlights the extended influence that the Wahhabis clerical establishment still has in this project.

The hesitancy to establish the requisite social and political reforms that will inevitably support economic reform questions Saudi Arabia’s ability to diversify the economy and attract necessary foreign investment. The unilateral re-writing of social welfare to lower electricity and water subsidies demonstrates that the plan will only carry out what is minimally necessary to avoid conflicts of interest with the Saudi clergy. Even the kingdom’s regional foe Iran, for example, has gone some way to addressing social reforms following the relief of economic sanctions by bringing women into the public sphere, most recently overturning a complete ban on female attendance at football fixtures, something that Saudi Arabia is yet to do. Sport, as a small example, is even widely supported in the 2030 vision, but the document neither makes reference to facilities designated for women, nor to the introduction of sport in primary or secondary schools.

Despite the shortage of social reforms, some commentators are still positive about Saudi Arabia 2030, even if it is a signal of ambition rather than a literal plan, according to Jane Kinninmont, Deputy Head of the Middle East and North Africa Programme at Chatham House[9]. As Dubai has shown, policies aimed at attracting high net-worth foreign workers, tourism and trade lowered the need for oil after the Kingdom’s neighbour faced the same issue in the early 1980s when oil contributed to 50% of its economy[10].

For others, the success of the project will rest on how closely Saudi Arabia adheres to its annual targets, particularly with regional uncertainties and the price of oil hovering at $30 a barrel. This will be of particular importance regarding incoming investment and the size of the sovereign wealth fund. Regional tensions, which were heightened after Saudi Arabia refused to sign the Doha agreement without co-signature from Iran, as well as during the on-going proxy war in neighbouring Yemen, continue to increase geopolitical instability in the region, potentially deterring investors from multi-billion dollar investments due to the risks incurred in such a tense climate.

Regional tensions are furthermore unlikely to improve if oil starts dropping below $30 a barrel, the framework upon which the Saudi Arabia 2030 vision is built. Conversely, bin Salman’s insistence that the dynamics of the project will not change even if oil rises to $70 a barrel also remain to be seen. The biggest challenge will be whether or not Saudi Arabia can adhere to its large-scale targets, maintaining strict fiscal principles, committing fully to maintaining a socio-economic balance, and setting and achieving clear benchmarks along the way. 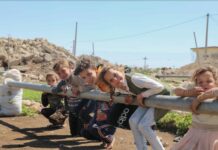