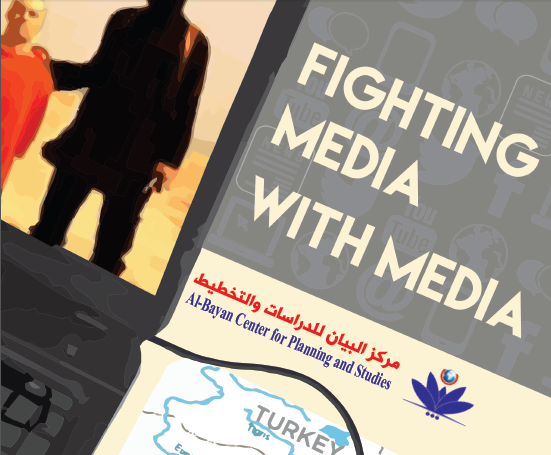 Back in 2002, Osama Bin Laden wrote in a letter addressed to Taliban leader Mullah Omar ‘the media war in this century is obviously one of the strongest methods; in fact, its ratio may reach 90% of the total preparation for the battles’. Three years later, his successor Al Zawahiri reiterated this sentiment, claiming that ‘[Al Qaeda] is in a media battle in a race for the hearts and minds of our umma’. While the parallels drawn between Al Qaeda and the Islamic State (IS) are often fallacious – with tens of thousands more fighters, territory conquests and strong military capabilities, the latter cannot merely be equated to a ‘terrorist’ group – the Islamic State undeniably owes a debt to Al Qaeda for the role media occupies in its overall strategy. IS employs its sophisticated media apparatus to circulate propaganda, which has proven effective to recruit fighters, inspire attacks and wage psychological warfare on enemies, both decision-makers and civilians, and whether they are near or far. Military engagement in the conquered territories can help contain but not permanently annihilate IS, as ‘radicalised’ followers from around the globe come to share and spread its timeless ambitions, and continue to join its ranks. Defeating the Islamic State is unlikely without a communications campaign to challenge its ideology and offer an alternative narrative that can disrupt its recruitment and intimidation tactics. This report provides a brief analysis of the Islamic State’s propaganda machine, before offering a prescriptive analysis of the options available to counter its influence.
Read more